An Introduction to the Bowman Advanced Split Roller Bearings

The split roller bearing was invented at the beginning of the 20th century and has been an industry stalwart ever since. Split roller bearings are renowned throughout industry for their ability to improve efficiency by reducing downtime, resulting in increased production. They are highly regarded for saving time during installation, inspection and maintenance for end-users, whilst also offering simplified machine and shaft design for equipment manufacturers. Essential for applications where bearing locations are trapped or access is limited, split roller bearings also eliminate the need to remove ancillary equipment from the shaft when installing or replacing the bearing. 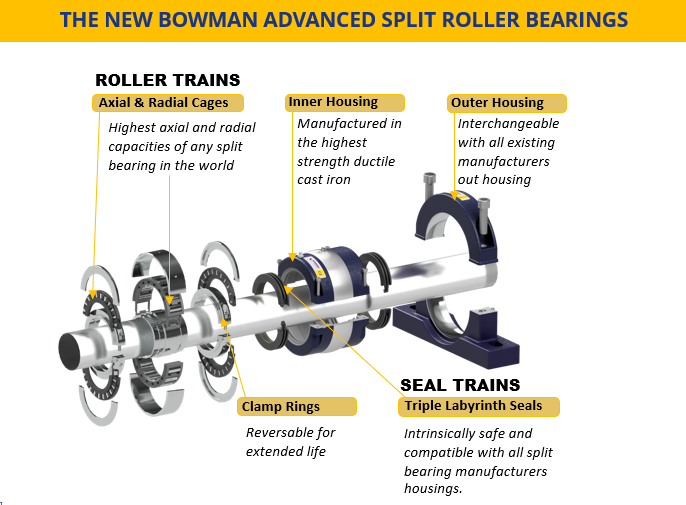 The design of the split roller bearing has remained largely unchanged for over one hundred years….until now!

The Bowman Advanced Split Roller Bearing is designed and manufactured in the UK and is offered with price and numerous performance advantages over existing split roller bearings as well as exceptional technical support through Bowman Advanced Engineering – the technical wing of the Bowman Group. 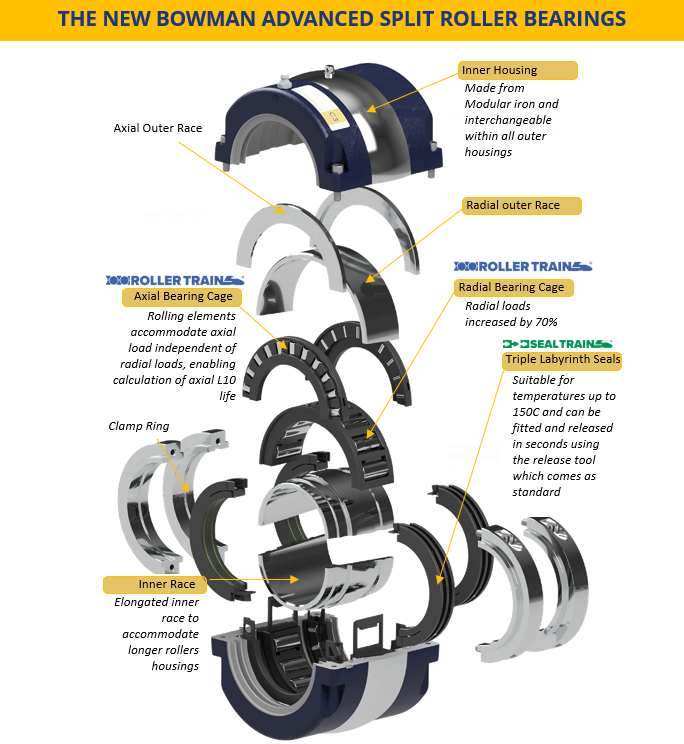 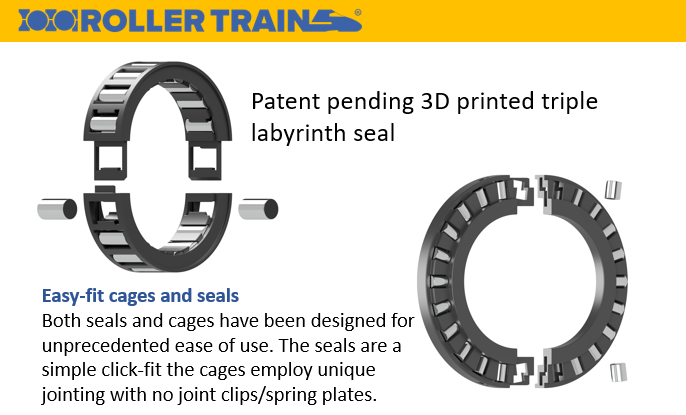 The advance split roller bearings are manufactured in just one series of bearings, meaning that its capacities can replace all four series of existing split bearings.

All match marked bearing components, races, plan for rings, cage and roller assemblies, are interchangeable between bearings within the same group. This enables bearings to be stopped as component parts rather than filter items, maximizing product availability once minimizing stockholding.

Multiple modifications to the core product are able to be carried out with ease and with extremely short lead times as the  advanced split roller bearings require no tooling, making small quantities extremely cost effective.

as bearing components are interchangeable, bespoke bearings can be ‘Built Up’ from stock items. 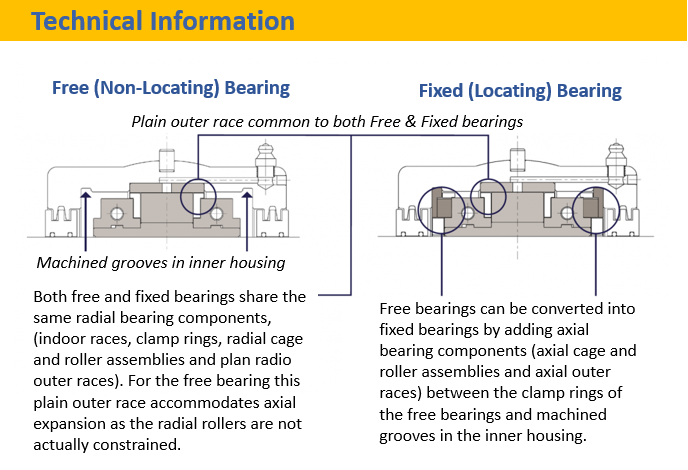 Delivering the highest radial and axial capacity split roller bearing currently within the market and intended for both the ‘free’ and ‘fixed’ bearing positions,  Advanced Split Roller Bearing units have the ability to adapt the ‘free’ bearing into a ‘fixed’ bearing via the addition of split thrust roller (axial) bearings
within the bearing housing.

The resulting ‘fixed’ bearing is capable of handling high axial loads in either direction – with no decrease in radial performance (unlike spherical and taper roller bearings), due to the unit’s independent thrust bearings. Each bearing performs one task only – compared to competitor’s units which employ multirole rollers. ‘Free’ bearings have plain outer races to allow unrestricted axial movement of the rollers with thermal expansion and contraction.

Accept All Reject All Settings